Maria Woodworth-Etter, Prophecy, and the San Francisco Earthquake of 1906

To casual readers of the New York Times article, “Found Footage Offers a New Glimpse at 1906 San Francisco Earthquake” by Niraj Chokshi (April 14, 2018), the disaster may be merely an interesting story in our nation’s past. But to students of church history, particularly Pentecostal church history, the disaster evokes memories of one of the most prominent female preachers of miracles and healing in the United States. That preacher was Maria Woodworth-Etter (1844 - 1924).

During an 1890 revival meeting in Oakland, Calif, Woodworth-Etter and others predicted a tidal wave and earthquake would occur and destroy the Bay Area on April 14, 1890. People fled the area, but the prediction did not come true.

Sixteen years later, on April 18, 1906, an earthquake hit the city and left it in ruins. More than 3,000 people died in what reporter Chokshi described as “a tragic chapter in American history.” One newspaper at the time reported, “Nearly half the city is in ruins and 50,000 are homeless.”

Woodworth-Etter (formerly Maria B. Woodworth) believed the earthquake was a fulfillment of her 1890 prophecy, according to historian Wayne Warner. In his book, Maria Woodworth-Etter: For Such A Time As This, he noted “it was prudent that she not mention the fact that her 1890 prophecy also mentioned a killer tidal wave – a little of which San Francisco firemen could have used in 1906 to quell the raging fires.”

Warner has done extensive research on Woodworth-Etter, whom he called in one book, “The Woman Evangelist.” In his response to a 2009 blog post about the earthquake, Warner noted that Woodworth-Etter was 55 in January 1890 when she predicted “a tidal wave and earthquake would destroy the Bay Area.” The local newspapers featured regular reports about the prediction. Warner wrote:


The disaster was set for April 14, 1890 and an estimated thousand people fled the area for nearby hills.

What about Maria? She left with her team and set up her tent in St. Louis–far from the predicted tidal wave.

Woodworth-Etter went on to hold revival meetings in various parts of the United States. In 1912, she held meetings with F.F. Bosworth at his church in Dallas, Texas. She returned to Oakland in 1915. On her return visit, she mentioned the 1890 prediction, according to Warner. In his book, The Woman Evangelist, he cited a report she presented in her book, A Diary of Signs and Wonders, in which she appeared to claim validation. She wrote:

I remember how the Lord had shown me at that time the great earthquake that was coming on San Francisco, Oakland, and adjoining towns, and that I would live to work over the ruins. Now, after all these years, I saw that prophecy fulfilled.

Readers may dismiss the evangelist’s claim as nothing more than pure nonsense while some, especially Pentecostals, might see an element of divine truth in her prediction, even though it was off a few years. In Warner’s view, the earthquake prediction was a “false prophecy” that caused much harm as it resulted in “the worst scare since the Millerites experienced their ‘Great Disappointment’ during 1843.” Warner observed: “The good that was accomplished in Oakland during the Woodworth meetings was hardly worth the damage that came as a result of the false prophecy.”

While acknowledging that everyone makes mistakes, Warner wrote that “it was obvious that Mrs. Woodworth – who was definitely handicapped with little formal education and no theological training – chalked up several colossal mistakes in her Oakland crusade.” Unfortunately, there is no record of her ever admitting she’d made a mistake with the prophecy.

The Woman Evangelist: The Life and Times of Charismatic Evangelist Maria B. Woodworth-Etter by Wayne Warner (Scarecrow Press, 1986).

Maria Woodworth-Etter: For Such A Time As This (Bridge Logos Publishers, 2003). 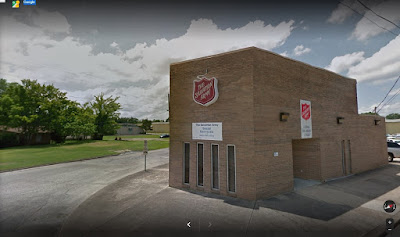