“It’s not as hard as they may think”
BY ROSCOE BARNES
SPECIAL TO THE NATCHEZ DEMOCRAT
Sunday, Aug. 29, 2021
#VisitNatchez
#NatchezUSCT
#NatchezColoredTroops
NATCHEZ -- When Deborah Fountain began searching her roots in 1990, she was not a scholar, researcher or genealogist. But several years later, she could proudly say that she has learned much about her family history. She found that she’s related to nine members of the Colored Troops who served in Natchez.
“Discovering your ancestors who may have served with the U.S. Colored Troops may seem overwhelming to some people,” Fountain said. “But it’s not as hard as they may think. I’m just your average person, and if I can do it, anyone can do it.”
Fountain serves on the Natchez U.S. Colored Troops Monument Committee, where she heads the History and Research Sub-committee. The USCT committee was formed to create a monument to honor and bear the names of the more than 3,000 African American men who served in six regiments at Fort McPherson in Natchez. The regiments include: 6th U.S. Colored Heavy Artillery, 58th U.S. Colored Infantry, 70th U.S. Colored Infantry, 71st U.S. Colored Infantry, 63rd U.S. Colored Infantry, and the 64th U.S. Colored Infantry.
The monument will also bear the names of the Navy servicemen who were born in Natchez.
The USCT committee wants to identify the descendants of the Colored Troops who served in Natchez, as well as those who served in the Navy. Many of the soldiers were also from the surrounding counties.
Committee Chairman Robert Pernell said that many in the local community may be surprised to find they are actual descendants of the Colored Troops. Fountain outlined the following steps for anyone who wants to know if they are descendants of the Colored Troops:
Step 1: Check your family tree.
Start with what you know. Begin with yourself and work backwards. Check your resources such as: A) records at home which may include obituaries, family reunion booklets, and even the family Bible. Take pictures / make copies of the pages. B) Talk to family members by phone, Zoom, or personal visit. C) Online websites, such as Cyndislist.com, Afroamcivilwar.org, FamilySearch.org, and Ancestry.com, as well as genealogical society websites, are helpful resources.
Step 2: Make a list of names.
Identify the men in your family who were old enough to have served in the military in the 1860s.
Step 3: Visit the National Park Service (NPS) website.
The following steps should take you directly to the information that’s needed in the search for USCT soldiers.
Search for soldiers
On the “Search for Soldiers” page https://www.nps.gov/civilwar/search-soldiers.htm, scroll down to the left side of the page, beneath “FILTER YOUR RESULTS.” Under the word “Side,” click on “Union.” Under the word “State,” scroll down and click “United States Colored Troops.” Then, using the “Start A New Search” box above “Filter Your Results,” insert the person’s full name and click “Go.” Next, review the result listing for the name search.
The names can be similar or the same as someone else and the result is, there are soldiers with the same name in other regiments. From this point, you should check to see if the ancestor’s name is listed in one of the six above-mentioned Natchez regiments.
Search for sailors
On the “Search for Sailors” page https://www.nps.gov/civilwar/search-sailors.htm, scroll down to the left side of the page, beneath “FILTER YOUR RESULTS.” Under the words “Birth City,” scroll down and click “Natchez.” On this page, insert the person’s full name in the large “Start A New Search” box above “FILTER YOUR RESULTS” and click “Go.”
Using Natchez as the birth city results filter provides the entire list of those sailors (56) in alphabetical order by last name.”
The committee encourages all descendants to join the “Descendants of Natchez (USCT)” Facebook group:  https://www.facebook.com/groups/descendantsofnatchezusct
Note: For a look at the printed version of this story as it appeared in The Natchez Democrat, please visit here or follow this link: http://roscoereporting.blogspot.com/2021/08/the-natchez-democrat-natchez-monument.html
----------------------------------
Roscoe Barnes III, Ph.D., is the Cultural Heritage and Tourism Manager at Visit Natchez.
at August 31, 2021 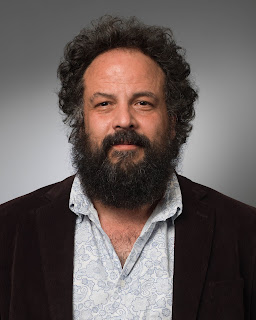