Research and Commentary on the Author of Christ the Healer

Fred Francis Bosworth (1877-1958), the author of Christ the Healer, was an important leader in the Pentecostal movement in the United States. He played a significant role in the movement during the early 1900s. He also was a key figure in the Divine Healing movement during the 1940s and 1950s. In addition to becoming a famous healing evangelist, he was a prolific author and radio pioneer. He planted churches and held city-wide evangelistic crusades throughout the United States and other countries. His influence on many church groups, especially those in the Pentecostal and Charismatic tradition, remains strong. 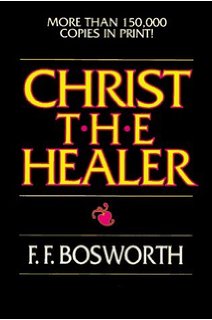 “F.F. Bosworth and the Role of Women in His Life and Ministry,” The Journal of the European Pentecostal Theological Association (Vol. XXVII, No. 1, 2007), 25-38. See article here.

"This book is about the life and ministry of Bosworth (1877-1958), a Pentecostal pioneer, musician, famous healing evangelist, and the author of Christ the Healer. He reportedly led over a million people to Christ and was considered by scholars and ministers alike to be one of the most successful healing evangelists of his era.

"His writings on divine healing influenced many church leaders of his day, as well many who claim healing ministries today. While many people are familiar with his book, Christ the Healer, few know much about the man behind the book.

"F.F. Bosworth is the first book to offer a critical analysis of Bosworth's life and ministry from the beginning to the end. The purpose of this work is to explore his life and ministry in order to identify and analyze some of the factors that contributed to his success as a famous healing evangelist."

F.F. Bosworth: A Historical Analysis of the Influential Factors in His Life and Ministry
Available here. University of Pretoria, South Africa, 2010

“Experience as a Catalyst for Healing Ministry: Historical Evidence and Implications From the Life of F.F. Bosworth.” Presented at the 36th Annual Meeting of the Society for Pentecostal Studies in Cleveland, Tenn. Published in SPS Conference Proceedings. March 2007. Available here.

"A Response" by Kimberly Ervin Alexander, Ph.D., presented at the 36th Annual Meeting of the Society for Pentecostal Studies in Cleveland, Tenn. Available here. Dr. Alexander is ​Associate Professor of the History of Christianity at Regent University. She is the author of Pentecostal Healing: Models of Theology and Practice (Blandford Forum, Dorset: Deo, 2006). Visit her faculty page here.

Gordon Lindsay: An Overview of His Life and Ministry (Preprint). See here.

F.F. Bosworth: An Overview of His Life and Ministry (Preprint). See here.

William Branham died on Christmas Eve in 1965: He wasn't buried until Easter Monday in 1966. See here.

What F.F. Bosworth Wrote About Billy Sunday: He noted 'falling' phenomenon that was common among Pentecostals. See here.

Reinhard Bonnke, Famous Healing Evangelist, has Died: He borrowed his ministry technique from T.L. Osborn, who was inspired by F.F. Bosworth. See here.

F.F. Bosworth's Defense of Divine Healing: A look at his use of the 'Notable Data Argument' (NDA). See here.

What Ern Baxter Really Thought of William Branham: A look at his 1978 interview with New Wine Magazine. See here.

ON THIS DAY (November 2): Mattie E. Perry dies in South Carolina: She was the preacher who prayed for F.F. Bosworth's healing. See here.

More on Billy Graham and The Voice of Healing: A note from Dr. Paul L. King on the evangelist's roots with the Christian & Missionary Alliance (C&MA). See here.

Todd Bentley, F.F. Bosworth, and the Downside of Some Revival Meetings. See here.

ON THIS DAY (October 19): Healing of War Veteran John W. Sproul Featured in Pittsburgh Newspaper: Miracle said to have occurred in revival meetings of the Bosworth Brothers. See here.

R.W. Schambach, F.F. Bosworth, and the Reported Closings of Schools for the Deaf. See here.

ON THIS DAY (August 21): F.F. Bosworth Pens Letter about His Beating: He was brutally assaulted for preaching to a black audience near Hearne, Texas. See here.

Dr. J. Gordon Melton, Baylor Professor, is Doing Research on F.F. Bosworth: His investigation has taken him to the First Assembly of God Church in Dallas. See here.

How to Order My Book on Bosworth and Get a 25% Discount: Ignore the outrageous prices on Amazon. See here.

More on Oswald J. Smith and What He Learned from the Bosworth Brothers: What they taught him about citywide campaigns. See here.

'These Things No One Can Deny': What Oswald J. Smith said About the Healing Ministry of the Bosworth Brothers. See here.

What Oswald J. Smith Discovered in the Revival Meetings of the Bosworth Brothers. See here.

Was F.F. Bosworth Ever Tarred and Feathered?: A Look at a Statement in Edith L. Blumhofer's book, 'Restoring the Faith'. See here.

Bosworth Blamed Charles Parham: He Criticized Him for His 'Wrong and Unscriptural" Teachings on Speaking in Tongues. See here.

F.F. Bosworth and Gordon Lindsay to be Featured in ‘Brill’s Encyclopedia of Global Pentecostalism’. See here.

On This Day (January 23): F.F. Bosworth Dies of Heart Attack: He was at home with his family in Miami, Fla. See here.

Prosperity on the Pages of F.F. Bosworth's Magazine: A Look at A.J. Gordon's Message on Giving and 'Abundant Temporal Prosperity.' See here.

Reading with F.F. Bosworth: A Partial List of His Favorite Books and the People He Cited in His Sermons. See here.

On This Day (December 18): William Branham Has Car Crash that Leads to His Death. See here.

Did Charles S. Price Have the Most Direct Influence on the Post-WWII Healing Revivalists? A Review of Claim Made by David E. Harrell Jr. in All Things are Possible. See here.

How The Voice of Healing Got Its Name. See here.

Fred Francis Bosworth – Man of Music and Worship: How a Childhood Discovery Contributed to His Success as a Musician and Famous Healing Evangelist. See here.

Bob Bosworth Singing: A Few of His Songs are Shared on YouTube. See here.

F.F. Bosworth History on Academic Websites: Quick and Easy Ways to Download, Print, and Follow Current Research on the Author of Christ the Healer. See here.

Bob Bosworth’s Promotion of Christ the Healer: How He Used Music and Reading to Share His Father’s Classic on Divine Healing. See here.

The Passing of Eugene Peterson and F.F. Bosworth: A Look at Their Transition and 'Ultimate Triumph.' See here.

Stella Bosworth and the Divine Gift of Language: How the Spirit Enabled Her Mom to Speak Fluent Zulu. See here.

F.F. Bosworth's Ministry to John G. Lake: How a Simple Question Led to a Spiritual Breakthrough -- and Years of Fruitful Ministry. See here.

F.F. Bosworth is Now on Pinterest: Platform Provides Easy Access to Research and Commentary on His Life History. See here.

What P.C. Nelson Saw in the F.F. Bosworth Revival Meetings: How the Experience Moved Him to Begin His Own Healing Ministry. See here.

F.F. Bosworth and Kenneth Hagin Jr.: A Look at the Similarities in Their Writings on the Past Tense of God’s Word. See here.

F.F. Bosworth Mentioned in Kate Bowler's Blessed: A History of The American Prosperity Gospel (2013): She Highlights His Link to E.W. Kenyon. See here.

F.F. Bosworth’s Endorsement of T.L. Osborn’s Most Famous Book: Letter of Support Appeared in Healing the Sick and Casting Out Devils. See here.

Why Ern Baxter Left the Ministry of William Branham: A Look at Problematic Concerns About Faith and ‘Borderline Psychic” Phenomena. See here.

Did F.F. Bosworth Mentor Oral Roberts? A Short Review of Their Relationship During the Post-WWII Healing Revival. See here.

F.F. Bosworth and Diabetes: What His Family Said About His Medical Condition. See here.

When F.F. Bosworth Joined the Branham Party: A Look at His Contributions to The Voice of Healing and the Post-WWII Preachers with Healing Ministries. See here.

F.F. Bosworth Among Those with ‘Proven Divine Healing Ministry’ in 1950: He’s Listed with 32 Other Evangelists in The Voice of Healing Magazine. See here.

F.F. Bosworth's Tangle with Moody Magazine. Personal Visit Made to Defend His Name and the Ministry of Divine Healing. See here.

F.F. Bosworth’s Letter to Alpha E. Humbard: What it Suggests About His Business Acumen. See here.

"F.F. Bosworth and Billy Graham: How They Both Found Favor in the Pages of the Press." See here.

"F.F. Bosworth and the Making of a Healing Evangelist: What Critical Research Reveals about His Ministry Development and the Ministry of Divine Healing." See here.

"Pentecostal Gifts and Their Relation to Natural Talent and Experiences: Some Thoughts and Visual Illustrations from the Life History of F.F. Bosworth." See Introduction here and the paper and figures here.
​
"Plagiarism or Just Eerily Similar: A Brief Look at the Writings of F.F. Bosworth and Kenneth E. Hagin." Available here.

"The Ministry of F.F. Bosworth: How He Compares to Other Famous Healing Evangelists of His Time." Available here.

"Why F. F. Bosworth and His Family Moved to Fitzgerald, Ga." Available here.

"Other Writings on F.F. Bosworth: A Partial Bibliography." Available here.

He recounts a meeting with the revivalist in 1954 By Roscoe Barnes III, PhD Author,  F.F. Bosworth: The Man Behind "Christ the Hea... 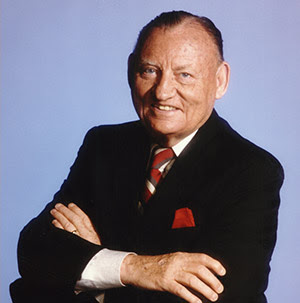